Melbourne | Reid and Hewett ready for a ‘classic’ in the final

Rivalries – they are a big thing in tennis and well and truly part of the excitement of any Slam.

And with Britain’s Gordon Reid and Alfie Hewett booking their spot in the final with a 6-1, 4-6, 10-6 semi-final win over Gustavo Fernandez and Shingo Kunieda it means Melbourne Park is about to witness one of the biggest current rivalries in the sport.

We’re going to give it our all and try and enjoy it against the French pair. Alfie Hewett

Having met at three out of the four Grand Slam finals, the World Team Cup final, the year end doubles Masters final and most of the Super Series finals in 2017, the Brits and the French duo of Stephane Houdet and Nicolas Peifer are rebooting their rivalry in 2018.

We might not be getting a Fedal final now in the men’s singles title race at the first slam of the year, but we are getting a GB versus France men’s wheelchair doubles final.

Reid said: “It feels great to be in a final again and have another opportunity to showcase what we can do together on a tennis court.

”I think with any rivalry the more you play against each other especially in the big matches the more each match then becomes exciting for each team, and the crowd and everybody involved in the sport.

“We’ve had some classics in the past as well, there’s been some very long and close matches in the past and we match up well against each other.

“We bring the best out of each other as a team and we also try and make it as difficult as possible.

“It’s not the first time it’s going to happen this year, in fact in really isn’t the first time as we met to weeks ago at the Super Series event in Sydney, and it’s not going to be the last either.”

And if the Brits come through the final and lift the title at the end of their match today it will mean Reid’s name will be on the Australian Open doubles trophy for the second time in as many years.

Hewett too would be the talk of town as he like Reid, would then have his hands on at least one title from every Grand Slam, and also would have claimed his first Australian Open title in only his second year competing here.

When we asked asked Alfie if he was going to help Gordon defend his title he smiled and said: “Of course! I think we showed today what we can do together.

”We’re going to give it our all and try and enjoy it against the French pair.”

The Brits journey to the final…..

Showcased some of the best tennis we have seen from the British pair, not just at this tournament but throughout their doubles partnership.

The first set and a half they played in their semi-final against Fernandez and Kunieda was inspired as they came out all guns blazing, and most importantly after their understandable disappointment over their singles performances the day before smiling, laughing and joking with each other.

Watching the action courtside yesterday it was like an old friend had returned to greet us as the magic that makes Team Heid a major attraction on the wheelchair tennis tour was well and truly on show.

Hewett said: “We said no matter what happened we wanted to go out there and enjoy ourselves and work as a team so to come out there and play some of the tennis we did in that first set and a half was just incredible.

“I thoroughly enjoyed it out there today with Gordon and I want to thank him.”

Now of course as we have come to expect with Reid and Hewett now they do like to give us a little bit of a scare – or giving everyone value for money as Alfie always calls it when we meet in press rooms for post-matches – and at a set and 4-1 up Fernandez and Kunieda made a spirited comeback to take the second set and force a match tie-break.

But after the British duo halted their momentum at the start of the breaker there was no stopping them and they finished just as they had started with showcasing some world class tennis.

Reid said: “I think we just played a couple of sloppy points and then we let the intensity drop a little because we came out playing at such a high level – the intensity was high and the focus so strong in the beginning that instead of staying on until the end we let it drop a bit.

“But I’m happy we managed to get back on it and came through the tie-break pretty strong.”

Of course there was another Brit in action last night in Melbourne Park, Kyle Edmund, who was on Rod Laver competing for a place in the men’s singles final at the same time Reid and Hewett were trying to book their spot in the men’s wheelchair doubles final and so when we asked the boys if they went the distance to upstage Edmund for just that little bit longer Alfie and Gordon both laughed and Reid said, “No, we wanted to get off as early as we could and watch him actually!” 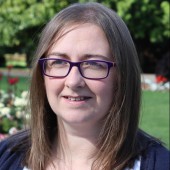