Novak Djokovic earned his fourth Wimbledon title when he beat Kevin Anderson in straight sets. In the process he has improved his Grand Slam tally of wins to 13, one behind Pete Sampras and four behind his rival Rafa Nadal, whom he beat in the semi-finals.

The final was the third in the Open Era featuring none of the top four players and the first since 1966 when Richard Krajicek defeated MaliVai Washington who were unseeded – a final best remembered for the streacker which who ran across Center Court!

There is no better place to make a comeback, it's a sacred place for the world of tennis, it's very special Novak Djokovic

Djokovic, ranked 21, won 6-2 6-2 7-6 (3) after two hours and 18-minutes during which time he showed all the qualities which had seen him rise to the top of the game and dominate the sport for several years, before an elbow injury side-lined him last Wimbledon.

Anderson, the eighth seed, was the first South African to reach the final since Brian Norton in 1921 though many will think it was Kevin Curren in the 1985 final when he lost to Boris Becker. Curren was then playing as a naturalised American of two months standing!

Anderson was exhausted stepping onto Centre Court having spent 21 hours on court to make the final, defeating Roger Federer the title favourite in five sets in the quarter-finals and then John Isner in a 6 hour 30-minute marathon in the semis.

Djokovic took full advantage of a somewhat listless opponent to romp into a commanding two set lead but then Anderson had made some dramatic comebacks from similar positions in his previous matches and the South African rallied in the third, and even held five set points which had he converted one, would have set up a more interesting final.

Credit though to 31-year-old Serb who only a few months ago was indicating that he might skip the grass court season as he was still unsure of himself having lost in the quarter-finals at the French Open.

But he decided against it and played Eastbourne where he reached the final, and with his confidence now on the up, came through the Wimbledon field eliminating Rafa Nadal in a lengthy semi-final played over two days.

There were no favourites though pundits did favour the Serb as he had only lost once to the South African in six previous meetings, and that was ten years ago!

During his run into the final Anderson had struck 172 aces but even his best weapon, let him down on this occasion as he could only fire down 10. He also had seven break points which he failed to convert.

But the scene was set in the first game when Anderson was broken before the match really got under way, and that was on a double fault. He was broken again in the fifth as Djokovic cruised through the opening set conceding just three points on his serve.

Anderson was forced to call for the trainer for treatment to his upper right arm which didn’t bode well.

The second set followed a familiar pattern, Djokovic breaking in the first and fifth games and fighting off the only break point he faced in the eighth game.

Anderson battled in the third set where he had five set points, but all were saved by Djokovic, as the third set slipped into the tie-break.

There Djokovic raced 4-1 ahead earning four championship points when Anderson dumped a forehand into the net. The first was saved with a smash but the second, served down the middle, was returned into the net.

“I am definitely not feeling as fresh as I was coming into the week,” Anderson said after the match. “But I’d have given another 21 hours to have the opportunity to play out here, it really meant a lot to me.”

He leaves Wimbledon having participated in the longest semi-final in tennis history as well as having won the most games ever in the fortnight, another record.

Unfortunately, it wasn’t a classic which may well have disappointed the Duke and Duchess of Cambridge as well as the Prime Minister Theresa May who were up in the Royal Box.

“There is no better place to make a comeback, it’s a sacred place for the world of tennis, it’s very special,” said Novak Djokovic who can now be said to have completed his rehabilitation! 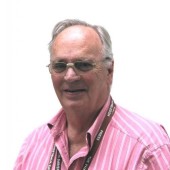