Recognised around the world as Wimbledon’s official towel supplier, Christy is proud to offer one lucky winner the official 2017 Wimbledon Ladies Towel. Christy and Wimbledon have collaborated for many years to bring you the official Championships towels, famous for being used on the world-famous court by the players such as Andy Murray and Serena Williams.

Christy and Wimbledon have joined forces once again to bring you the 2017 official Championship towel. 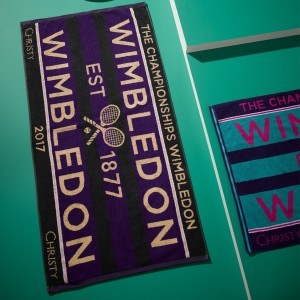 Used on court by the players during the Tournament, the Men’s Championships towels in the classic green & purple have become iconic in status and much revered by the players and fans alike.

The new 2017 towel brings a smart & sporty aesthetic with clean lines and stripes reflecting the finest in catwalk tailoring. 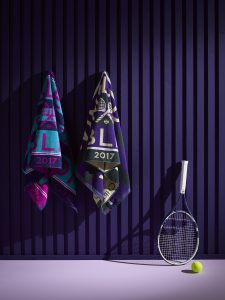 Now produced with innovative patented Hygro technology, this towel blooms and stays soft after washing and offers greater absorbency – great for use after any sporting activity. Whether on court or at home this towel is sure to be a winner! 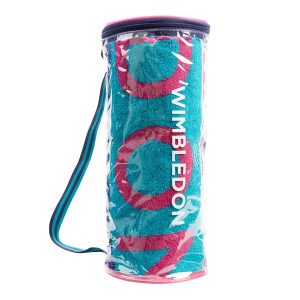 Towels are supplied in presentation bags making them great gifts or souvenirs.

If you can’t wait to win one of these iconic towels why not check out the full range on Christy’s Official Wimbledon Towels at www.christy.co.uk/wimbledon

To win simply enter your details below.

Cincinnati | Raducanu teams up with Rybakina for doubles challenge

Top players are recognising the value of playing doubles and Emma Raducanu has decided to team up with Wimbledon champion Elena Rybakina at the Western & Southern Open in Cincinnati this coming week to get extra match play.

American teenager Coco Gauff has always enjoyed playing doubles and, on Sunday in Toronto, she and her compatriot, Jessica Pegula, took home the doubles trophy at the National Bank Open.

Simona Halep needed all her experience and resurgent form to beat Brazil’s Beatriz Haddad Maia in the final of the National Bank Open presented by Rogers, and claim the Canadian title for a 3rd time in her illustrious career.

No one would have picked out Pablo Carrena Busta aged 31, a former top tenner ranked 23 who was unseeded for the week, as the eventual champion but the Spaniard’s resilience is one of his strengths as he showed by defeating the eighth seed, Hubert Hurkacz to claim the...

Simona Halep, the 15th seed at the National Bank Open presented by Rogers, battled past 7th-seeded Jessica Pegula to reach her 4th final in Canada, where she will face Beatriz Haddad Maia for the WTA 1000 title, who continued her stunning run in Toronto with a...

Win | A great package of tennis goodies for your Club